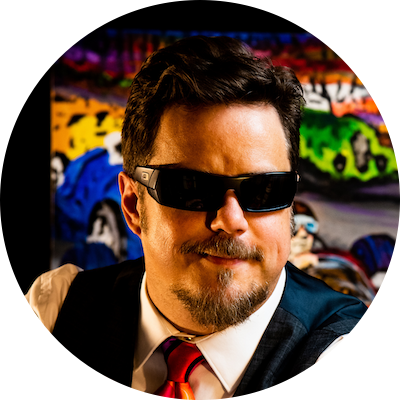 John Bramblitt is an artist living in Denton Texas, his art has been sold in over one hundred and twenty countries and he has appeared internationally in print, TV and radio. He has appeared on CBS Evening News with Katie Couric, ABC, NBC, FOX, Discovery Channel and BBC Radio and TV to name a few outlets, and he's been featured in The New York Times and Psychology Today as well as designed the artwork for numerous magazine covers and even the artwork for major film productions. He's the subject of the award winning documentary shorts "Line of Sight' and “Bramblitt.” His work has received much recognition including the ‘Most Inspirational Video of 2008′ from YouTube and three Presidential Service Awards for his innovative art workshops. And John is blind.

Mr. Bramblitt is also the author of the award winning book, Shouting in the Dark. He currently works as a consultant for museums in developing programs that are designed to include everyone – no matter their ability or disability. Shouting in the Dark is the story of Bramblitt's life, his journey navigating through this new territory of blindness, and how he ultimately rekindles his joy, passion, and relationships through art.

Prior to his blindness, John studied at the University of North Texas in Denton, Texas, where he graduated with honors. When Bramblitt lost the last of his vision in 2001 due to complications with epilepsy and Lyme's disease, his hopes of becoming a creative writing teacher were shattered and he sunk into a deep depression. He felt disconnected from family and friends, alienated and alone. But then something amazing happened-- he discovered painting. He learned to distinguish between different colored paints by feeling their textures with his fingers. He taught himself how to paint using raised lines to help him find his way around the canvas, and through something called haptic visualization, which enables him to "see" his subjects through touch. He now paints amazingly lifelike portraits of people he's never seen--including his wife and son.

While art was always a major part of John’s life it was not until he lost his sight in 2001 that he began to paint, and it was then that he says, “Art reshaped my life.” John’s paintings are intensely personal, and are mostly taken from real people and events in his life. John’s workshops are unique in the art world in that they not only span the gap between beginning and professional artists, but also include adaptive techniques for people with disabilities. According to John, “Everyone has an artist somewhere in them; sometimes they just need a little help letting it out.” 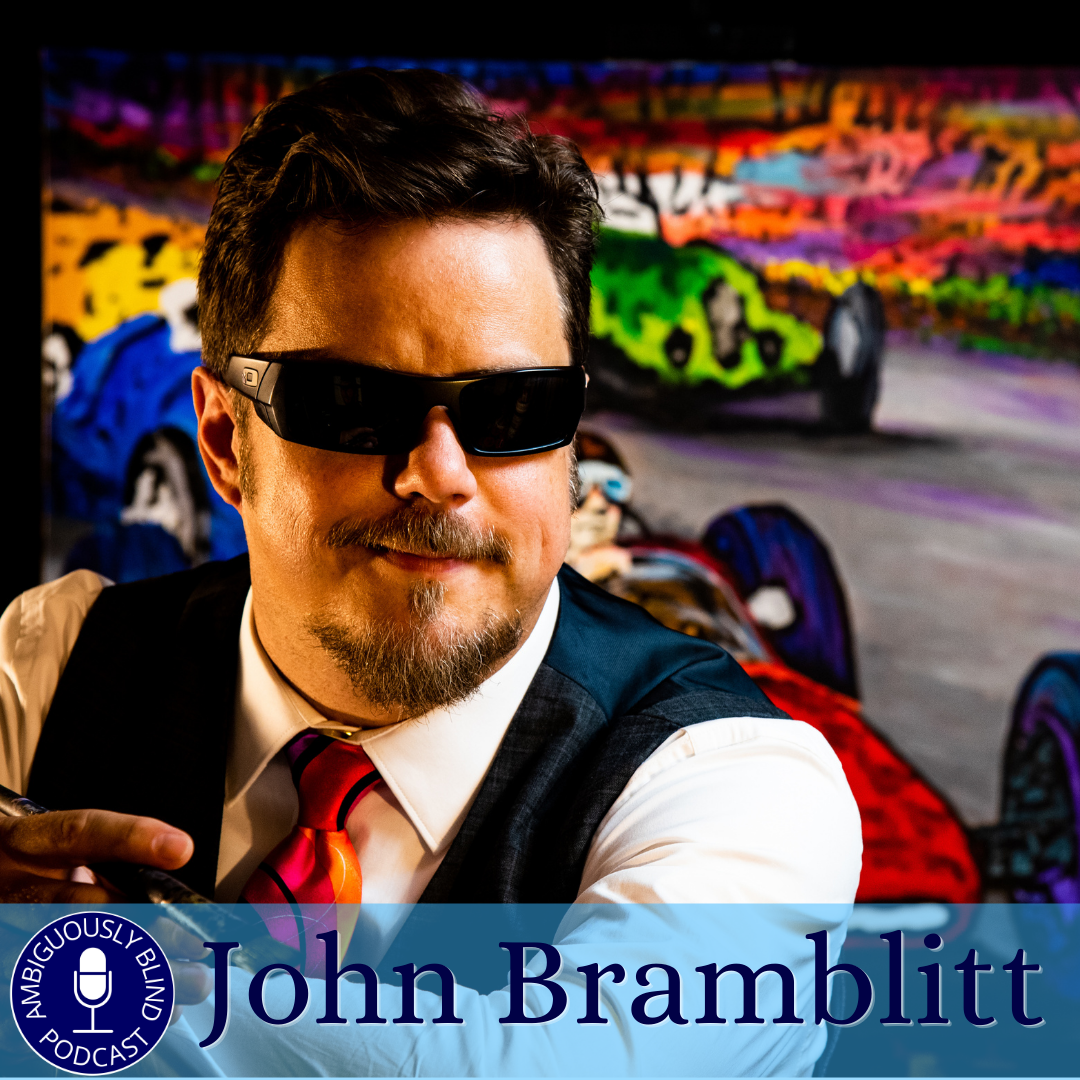 The great, John Bramblitt, stops by to share his unique story of vision loss and how his childhood passion for drawing developed into a career as a world-renowned painter. John describes his creative process, how he perceives colors from music …